The last week was fruitful for the cryptocurrency market. Bitcoin continued its recovery and reached $43,000 by the beginning of the week. Does it mean that the recovery and retracement may persist? In our weekly bitcoin-to-dollar forecast, we will try to provide an answer to this question.

A major reason to assume that the retracement is not yet over is a tightening of the monetary policy in the U.S., which is likely to be more rapid and aggressive. By the end of 2021, the Federal Reserve had indicated three interest rate hikes in 2022. As of early February, though, the markets had begun pricing in as many as five increases for the year. On February 10, the U.S. inflation numbers will be released. They are expected to be 7.3% in annual terms at the end of January. Chances are that risk-generating assets, such as cryptocurrency, could respond by rising as inflation rises. However, against this backdrop, the risk of more rapid rate hikes will increase, which, in turn, will provoke investors to get rid of stocks and digital assets. 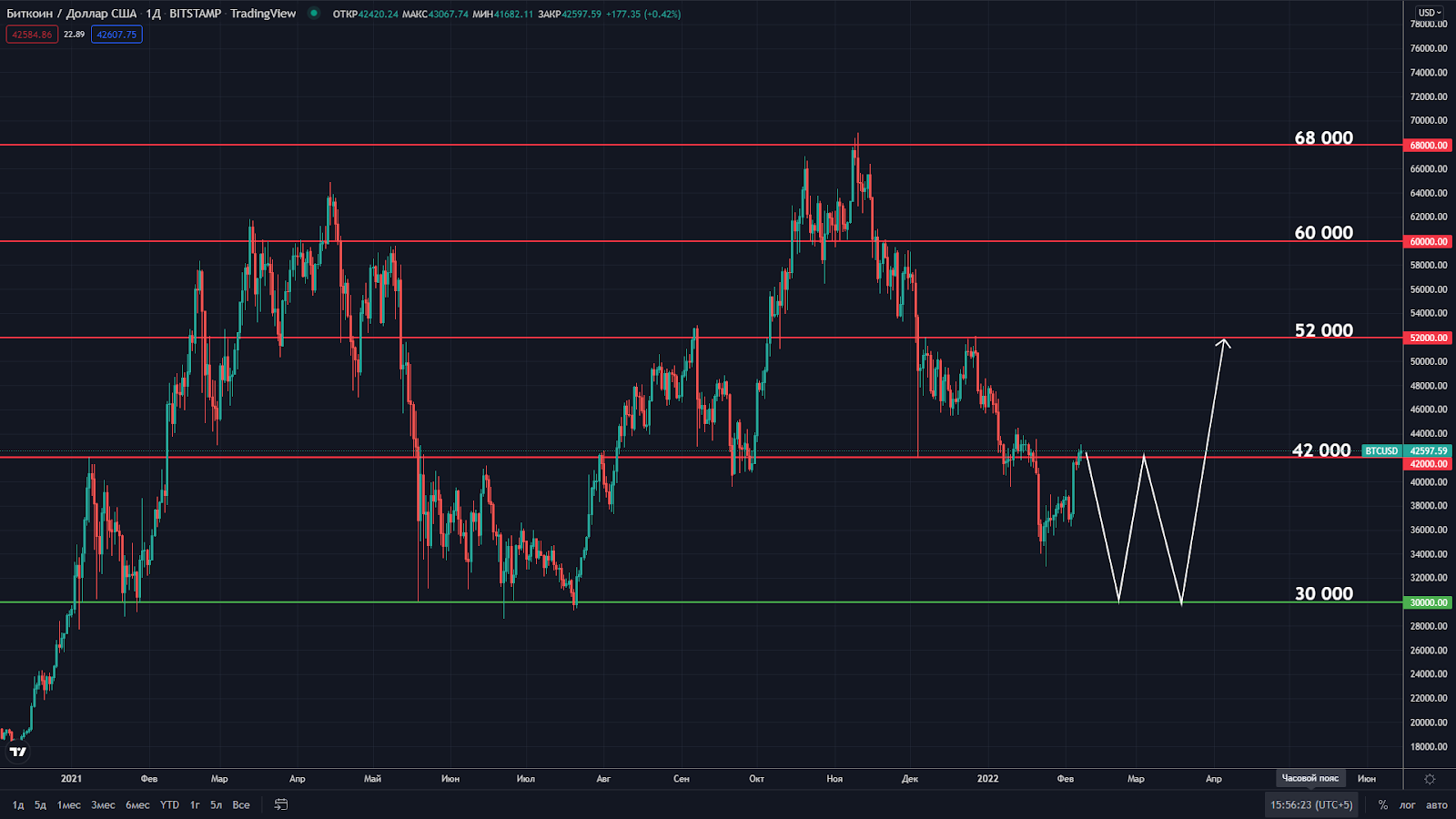 Based on data from various analytical services, “weak hands” have been swept out of the market. Bitcoin supply held by short-term holders has fallen to extremely low levels. A retest of the $30,000 support could be one of the most possible outcomes right now. With the absence of “weak hands,” the market will be able to recover more sharply. 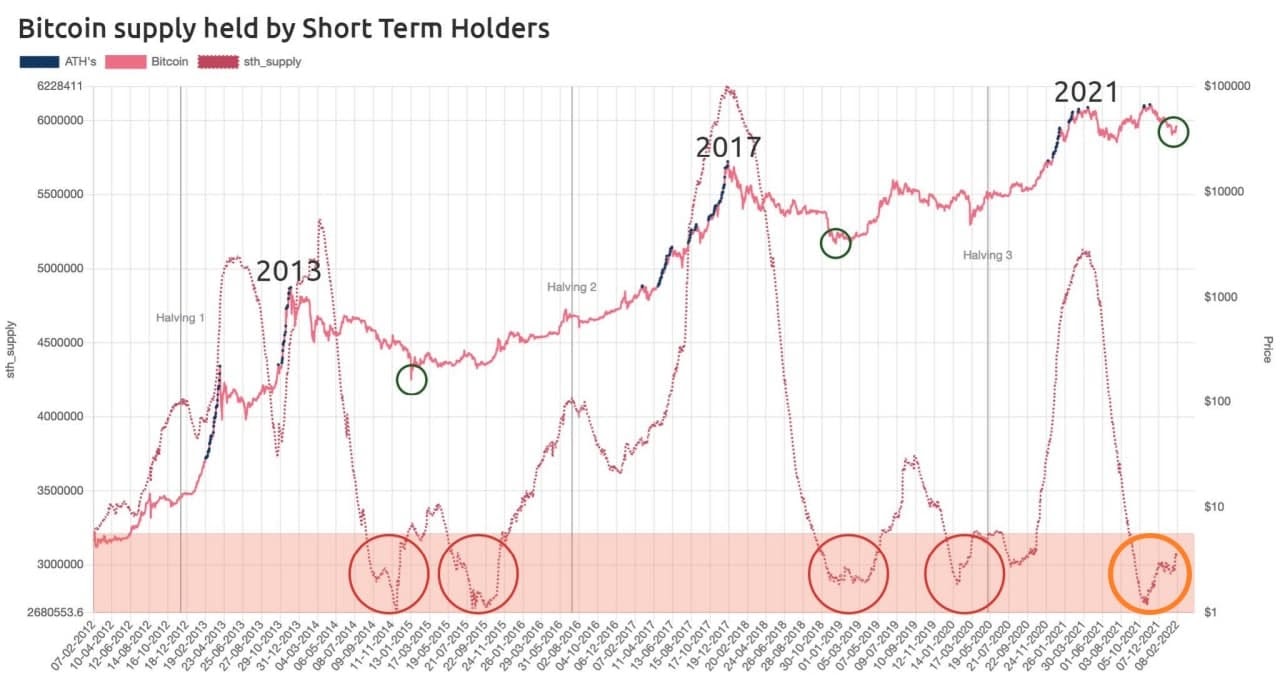