BTC suffered one of the harshest deviations below the 200-day trend in history. At the moment, the Meyer ratio is 0.478, which means that the BTC price is trading at 52.2% compared to the 200-day moving average.

As an illustration of how rare such an event is, let’s note that in the entire history of BTC prices have closed with a Meyer ratios of 0.5 or lower in only about 3% of all the trading days. According to previous bear market cycles, however, there is a chance for this ratio to drop: in the 2012 cycle, its minimum value was 0.225. 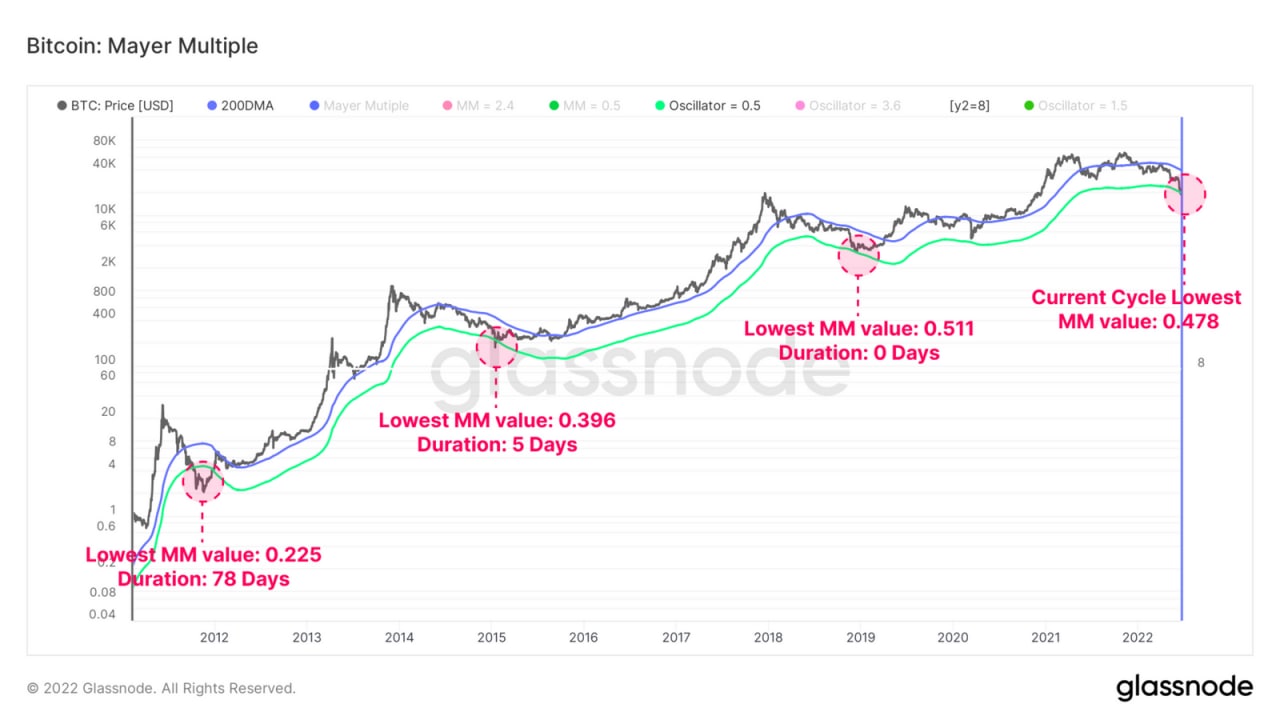 Similarly, using previous bear market cycles as a reference shows that while BTC is near a cyclical bottom, we are not quite there yet, as the current cycle downside is 73.3%.

Previous cycles achieved the bottom between drawdowns of 74% to 84%. 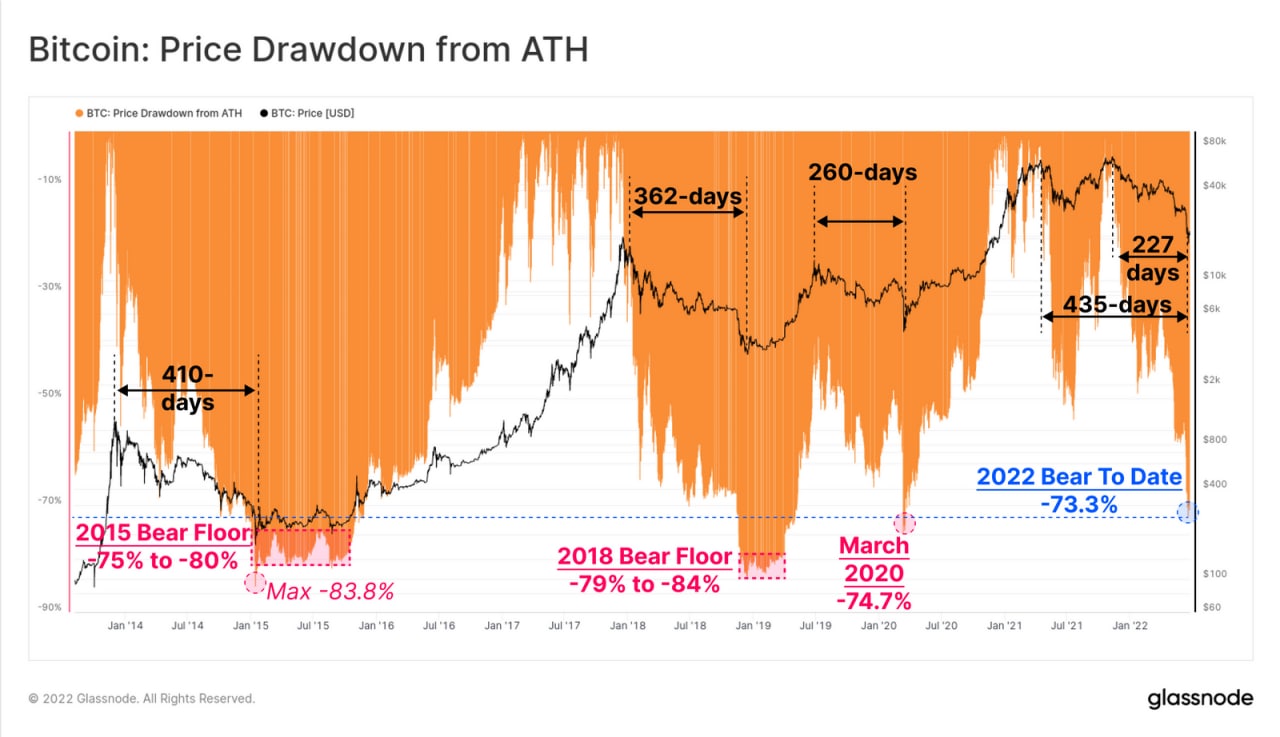 Over the past two weeks, the number of addresses hosting over 1 BTC has surged by more than 15,000.

The small holders have also grown phenomenally, which is a sign that purchasing players are deciding to keep on saving. BTC has had many small holders over the past week, because small wallet addresses holding 0.1 or more BTC keep collecting BTC at a skyrocketing rate. 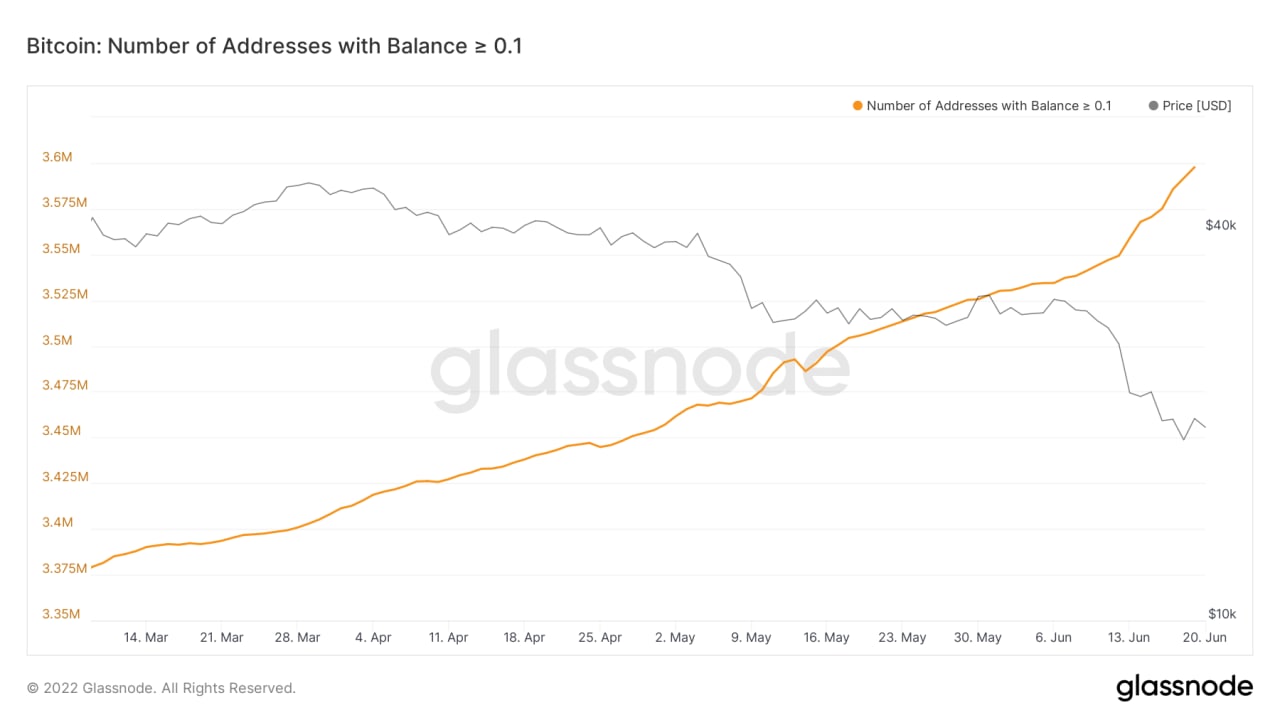 In contrast, however, the number of wallets containing more than 100 BTC decreased by 136 units over the same period. This means that mid-size whales can discharge their wallets in favor of new smaller holders, which is a good sign for decentralizing the impact on BTC in the future.

The Canadian target BTC ETF had sold more than 24,000 BTC last Monday, about half of its assets, just a day after its assets hit ATH.

While there is no direct impact on the BTC value, this sudden liquidation may be related to regulatory worries, as the Ontario Securities Commission last week imposed heavy fines and a ban on a couple of crypto exchanges. 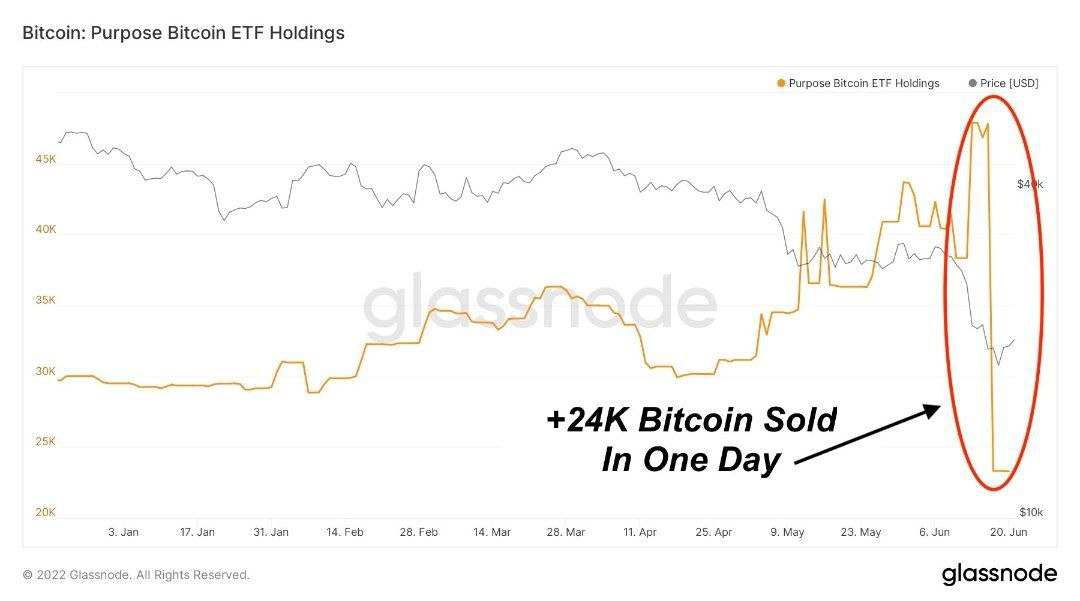 In addition, the appearance of the new Short BTC Strategy Fund may be also contributing to the fact that some ETF players switched from long to short positions.

ProShares, the company that manages the Short BTC Fund, reported that the first BTC short strategy fund of its kind (BITI) sold at least 870,000 shares, or $35 million, in its second day of trading on the NYSE.

Most experts do not suggest that the presence of this Short BTC ETF fund may influence the price of BTC, as the industry already has tools available for investors to take short positions on exchanges in a simple manner.