Long-Term-Holder Spent Output Profit Ratio (LTH-SOPR) is entering the “in profit” zone, where the value is less than 1, suggesting that more coins are being sold by LTH. As you can see on the chart, BTC can stick in this zone anywhere from 6 to 12 months before it goes into an uptrend, followed by the hike of the BTC price. It is historically between 0.5 and 0.6 indicating a bottom, and though we have not yet reached it, we are getting very close to it. 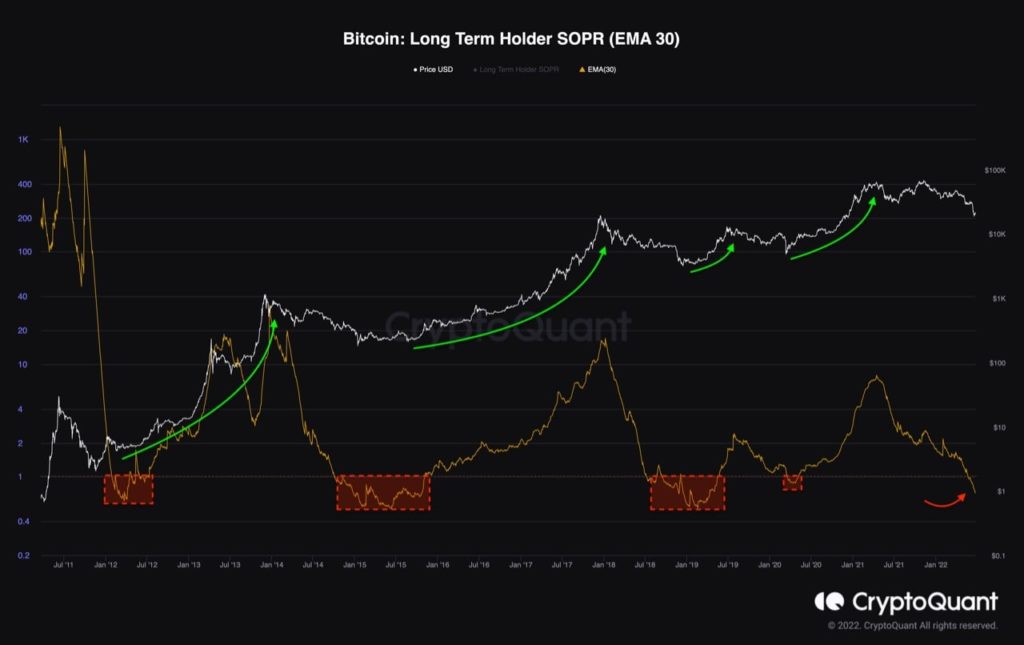 To get a deeper understanding of which bear market stage we are in, we have examined the ​Puell Multiple, which shows the rate at which miners are selling their mined BTCs.

Judging by the chart below, we may have just passed the stage of miners capitulation, during which miners unscrupulously dump their mined BTCs. Even though selling pressure on miners is decreasing as the rate of change shows an increase, this rate of change often falls down a second time after a bounce to create a double bottom before a new bull market occurs. Thus, a reference to the historical pattern observed on the chart may indicate a gradual upsurge in the BTC value until a final reset occurs a few months later. According to the chart, this final reset would not lead directly to the creation of a new low, but could return to the low seen on the first day.

BTC’s main corporate advocate, MicroStrategy, announced that it added another 480 BTC between May 3 and June 28 at an average price of about $20,817 per coin, including fees and expenses. In total, the firm, along with its affiliates, now holds approximately 129,699 BTC, purchased at an average price of $30,664 per coin. Furthermore, the company dispelled rumors that it might face margin calls on a loan from Silvergate Bank backed by BTC.

The first country to make BTC legal tender also confirmed its commitment. El Salvador also reported that it bought another 80 BTC at $19,000 each and further increased its BTC mining capacity.

Another pleasant piece of news came from the Bank for International Settlements, which unexpectedly allows banks to hold up to 1% of their reserves in BTC.

As for cryptocurrency regulation, the EU finalized crypto anti-money laundering rules on Wednesday, amid industry fears that the law would hurt privacy and innovation. The latest proposals require Proof of Identity (POI) documents for even the smallest cryptocurrency transfers if they are made between two regulated digital wallet providers. Nevertheless, payments to unhosted private wallets will be excluded, which is a bright spot for peer-to-peer transactions between individuals.

The news appeared on the background of a large-scale halt withdrawal of BTC, which resulted in the loss of more than 140,000 BTC from exchanges 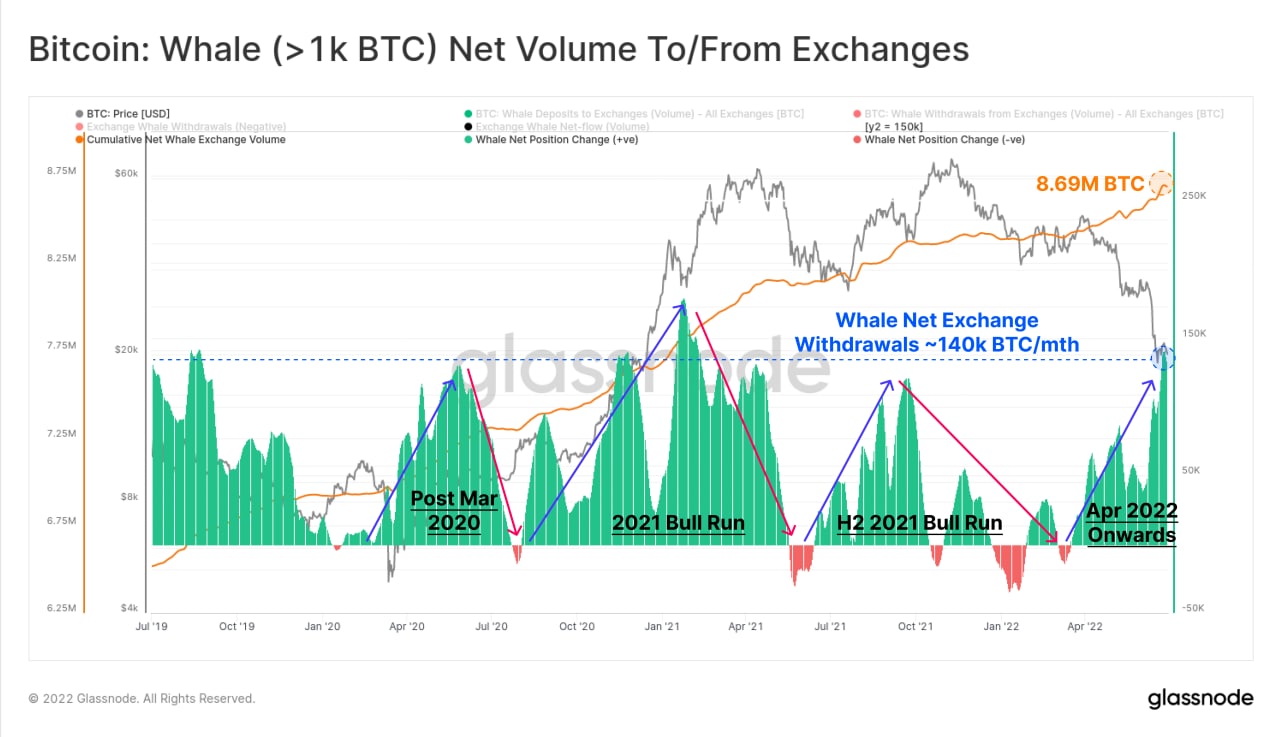 Moreover, the chart above shows that in aggregate, large crypto whales with more than 1,000 BTC now hold a total of 8.69 million BTCs, which is an impressive 45.6% of the total supply. As more supply is withdrawn from circulation by big whales with the power of ownership, this further reinforces the long-term bullish view of the BTC value.