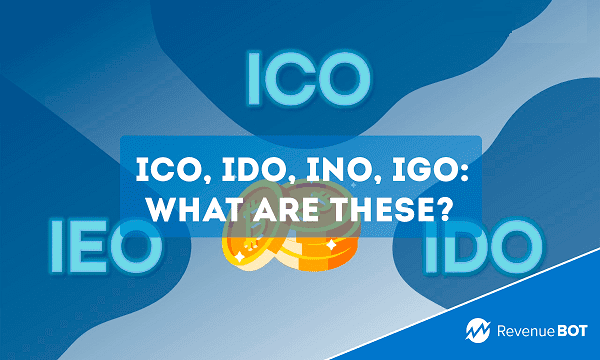 The crypto industry is replete with a variety of terminology. It’s challenging for someone who is new to the game to figure out the basics. At this point we’ll go into detail about ICO, IDO, INO and IGO. Let’s try to clarify what exactly they are for and who uses them. 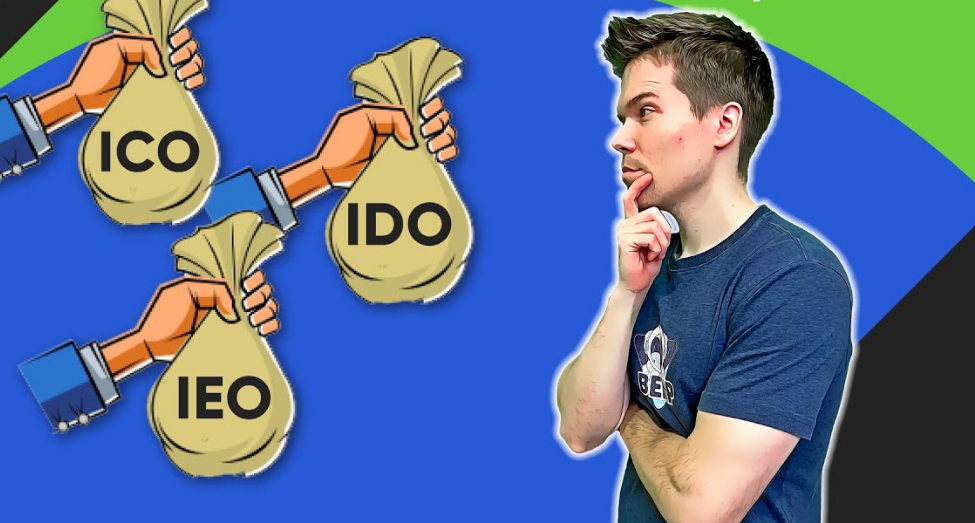 What is an ICO

An initial coin offering, or ICO, is the way most emerging cryptocurrencies are brought to market. The goal of most ICOs is to gather funds for a certain project. This procedure is similar to an initial public offering (IPO) when a company goes public. However, ICOs differ from IPOs in several ways.

For one thing, ICOs are virtually unregulated, leaving plenty of room for issuers to choose the price of the coin and its negotiable offerings. The ICO issuer sets static or dynamic prices and supply volume. For example, a static price and a dynamic supply allow a project to raise more money since the ICO is free to issue as many tokens as needed.

ICOs can also provide a number of benefits and advantages to the beneficiaries who purchase them. For example, holding a certain token grants the user the rights to place their tokens and receive rewards. That is different from an IPO, which usually would give owners just the right to vote.

It is extremely easy to issue tokens (cryptocurrencies) because ICOs are the quickest and most popular way to do so. It takes a small investment and some basic coding experience to release a token to the market. Such a straightforward supply allows more projects to receive funding that traditional venture capital firms might have missed out on.

Another beauty of an ICO comes from the fact that it allows you to engage a larger audience. Lots of promising projects are poised to attract greater communities who support the project and are willing to invest in its ideas. From pennies to hundreds of millions, these communities ensure that projects last as long as possible

Ultimately, ICOs generate high returns for their investors. Some see the ICO as an opportunity to witness the inception of a new project and potentially buy a token at the cheapest price. Only a few tokens make it through, though, and there’s also the chance that the token may fail completely and the funds will be lost.

The ICO is also notorious to many for its unfortunate past. Back in 2017, when there was an ICO Boom, it got a lot of scammers excited about it. As a consequence, numerous investors just lost the money they deposited. So now any ICO is banned in some countries while in others it is subject to regulation.

What is an IDO

Initial dex offering, or IDO, is a decentralized crowdfunding platform that is a new way of raising funds in the crypto industry.

Typically, this sort of fundraising is done by swapping tokens that represent various assets hosted on a decentralized exchange (DEX). IDOs are frequently carried out when a project releases a currency or token through a decentralized liquidity exchange.

Initial Dex Offering (IDO) relies on a liquidity pool where traders can swap tokens, including crypto assets and stablecoins Examples of liquidity pairs are USDT/ETH.

IDO is an excellent option for new DEX projects and startups wishing to release tokens and raise money more quickly.

Difference between ICO and IDO

IDOs have several important advantages over ICOs, in addition to the decentralization approach. Three main advantages of IDO:

What is an IEO

IEOs differ from ICOs in that the emitters are verified by a third party (i.e., an exchange) and must meet certain criteria. The only companies that meet the criteria of the exchange have the right to place their tokens on the platform. Thus, crypto exchanges play the same role as stock market platforms.

This is what distinguishes IEO from ICOs, where companies sell their tokens directly to investors. ICO can be compared to over the counter (OTC) stock trading, where shares or participation certificates are sold directly by their issuing companies to investors without regulation by a third party.

What is an IGO

In an initial game offering (IGO), a blockchain gaming project sells the tokens used within the video game during the development stage of the project. The IGO benefits the game developers by allowing them to raise considerable capital in earlier stages. Buyers, meanwhile, gain access to the NFTs they’ll need to participate in the project.

To understand IGOs, you need some background knowledge of GameFi (a combination of the words “game” and “finance”). The gamification of finance has become a central component of the crypto world. GameFi refers to blockchain gaming projects in which participants receive tokens for actions they take within the video game. The tokens specific to the video game act like chips in a game of poker, and you can’t participate without them. That’s why IGOs have become such an important phenomenon.

What is a tokensale

Tokensale is a limited period of sale of tokens to the community. The most common type of tokensale is an initial coin offering (ICO), as we mentioned earlier, where investors purchase units of new cryptocurrency from its project team before it is put up for sale on a crypto exchange. Before running a token sale, some crypto-related companies sell some of their tokens to specific investors. Such an early token sale is called a crypto presale.

ICOs used to be wildly popular in 2017, to the point where many scammers took advantage of them. As a result, it is not allowed in some countries, while in others the ICO is governed.

If you wonder where you can purchase tokens, the easiest solution is to use the crypto exchange. Unfortunately, only a few people are good at trading so that it brings profits. Therefore, this is where the cryptocurrency trading bot will come in handy. It runs on a pre-made strategy and allows the trader to generate passive profits.

Despite the fact that the crypto world is rich in all sorts of terminology, you still should familiarize yourself with it. You need this so that you can understand what the analytical and crypto-related articles say, avoiding having to look up new terms in the search engine every time you want to learn them. Anyway, everything is not as difficult as it may seem at first glance, you just have to get started.

As for now, we recommend you to trade cryptocurrencies with RevenueBOT, a trading bot for cryptocurrency exchanges.