Skip to content
RevenueBOT.io > Blog > Cryptocurrency news > The first quarter of 2021: what was it like for the crypto industry?

The year 2021 began positively for the crypto industry, it is undeniable. This is evidenced by the value of topical cryptocurrencies and the capitalization of the market as a whole. Let us take a closer look at what has happened in the time available.

It starts by capitalizing the market crypto. In early 2021, it was just over $800 billion. And just three months later, capitalization exceeded $2 trillion. What contributed to this rapid growth?

The history of Ripple and SEC gave a good boost to the market. At the end of 2020, the American government regulator filed a lawsuit against Ripple. The company was accused of attracting investment through unregistered securities. The XRP token was called a stock. This incident led to a series of delistings of XRP from exchanges, as well as to a reduction in the number of partners. However, as time passes, it becomes clear that Ripple is not as bad as predicted. The XRP token cost $1.6. It was only $0.25 before the start of the trial. The impulse growth of XRP began after a petition from Ripple, during which bitcoin and ether documentation from SEC was to be released. According to Ripple’s managers, after the release of these documents, the baseless claims of SEC will become clear, as these documents state that China controls bitcoin and ethereum. There’s no evidence of that, of course. A second motion followed, dismissing SEC’s lawsuit against Ripple. It reinforced the further growth of XRP.

Crypto community can now observe a rare picture: SEC someone can fight back, legally. This strengthens confidence in digital currencies, which is why the market continues its orderly growth.

Now let’s talk about analytic services, statistics from which clearly hint at the continuation of the bull rally. 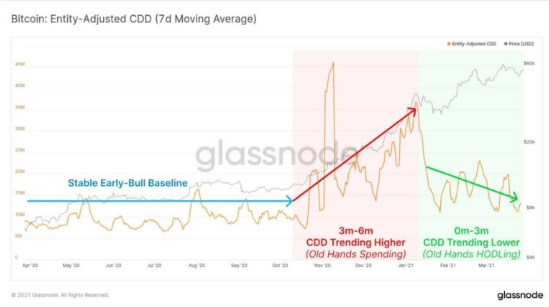 Glassnode: only 25.43% of the BTC in circulation moved in the range of $10800-58800. 1/4 of all existing BTC moved, at the time of its price growth. Of course, it also takes into account those bitcoins, access to which is forever lost. However, even if the total number of lost bitcoins reaches 1/4 of the total turnover, then 2/4 are lying, because their holders are confident in further price growth. 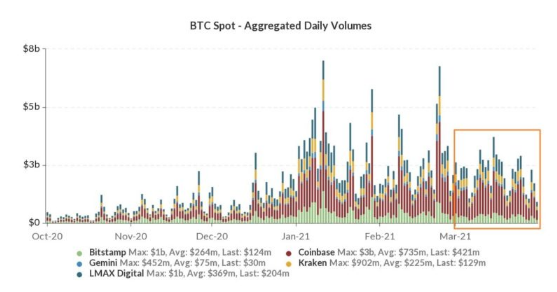 This infographic shows that there were no sharp spikes in bitcoin trading volumes in March 2021. In addition, BTC continues to be actively withdrawn from the exchange. It turns out that the cholera of bitcoin do not want to part with it. 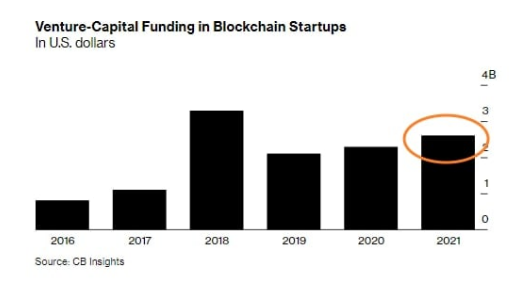 Here we see venture capital that has been brought into the crypto industry over the years. It is worth mentioning that in the first quarter of 2021, investment was attracted almost as much as in the whole of 2018, and that was the peak of the ICO boom.

The situation with ETH is identical with BTC. Its owners do not want to keep the cryptocurrency on the exchanges. Ethereum is withdrawn to cold wallets and stored there. 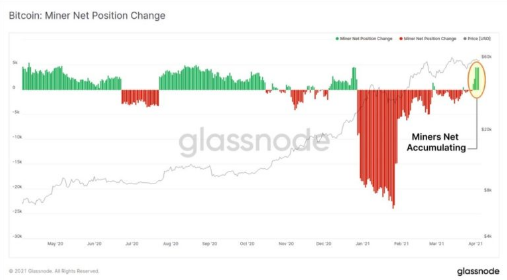 In early April 2021, BTC miners stopped selling it. This suggests that the supply of Bitcoin in the market will decrease, resulting in a natural increase in price. What will be the further growth of the main cryptocurrency if, in the last three months, miners have been actively selling and it has been growing?

If we collect all the information we have, we can only conclude that the crypto market will continue to grow in the near future. Now one of the best moments to start trading in the crypto market, and the service RevenueBot can help in this.

The service provides the possibility to create trading bots on the largest cryptocurrency exchanges: Binance, Bittrex, Bitfinex, Exmo and others. Creation of the bot is free, the service will not charge commissions until the client begins to profit from the trade of the bot. With the help of in-depth configurations of the bot, the clients of the service implement trading strategies that are difficult to experience during normal trading. Let’s put it straight: the bot does not have access to the funds of the clients on the exchange, but trades with the API keys, that is, the account will remain out of access. RevenueBot has over 15 thousand clients who earn money thanks to trading bots.

Why choose this service?

The rest of the information you are interested in can be found on the official website of the service.