Skip to content
RevenueBOT.io > Blog > Cryptocurrency news > Regulatory sanctions against Tornado Cash How could this threaten the crypto industry?

Hard times may be coming for the crypto community. A lot of people have already seen the news that the price of TORN cryptocurrency has dramatically collapsed, but it is not because of the crypto winter. Prior to August 8, TORN was trading at $30.5; at the time of writing, the coin is worth $8.88. Such a massive crash was triggered by the U.S. regulators. The point is that the updated sanctions list of the U.S. Treasury Department includes the Tornado Cash protocol. What were the main motivations for the regulators to make this decision and how it will affect the crypto industry, find out in details in this article.

What Tornado Cash is

Tornado Cash is a Ethereum blockchain-based protocol. It gained popularity among users because of its mixing abilities. With the TORN protocol, users increase the security and anonymity of transactions. This of course attracted crooks who tried to launder the illegally obtained funds in some way. It was this very issue that caused the regulator to have concerns.

Following the news, there was excitement among TORN holders as well. Most have begun to withdraw their funds from Tornado Cash. Over the first few hours, platform customers withdrew $14.7 million. Soon the token was depreciating in value and dropped by 60% of its original price. The digital asset’s market cap shrank from $45 million to $18 million, according to data from CoinGecko. 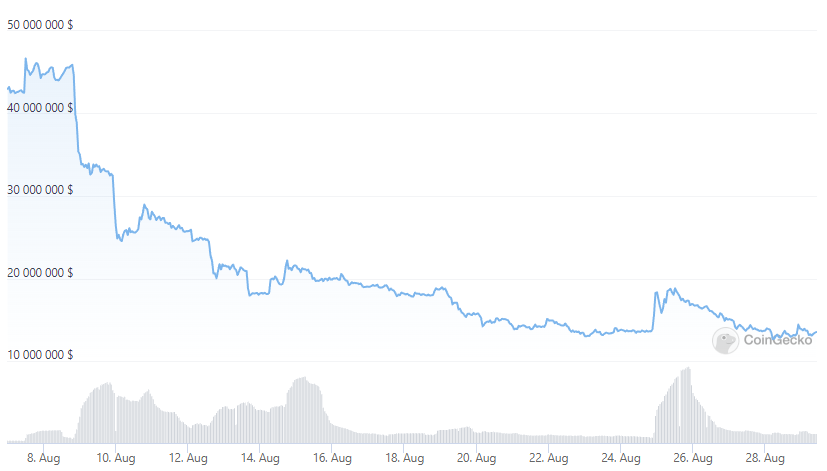 The Tornado Cash creator’s account has been suspended by one of the largest web hosting services for IT projects. Roman Semyonov, one of the developers of the Tornado Cash, made a post on Twitter saying that although the account had been blocked, he had not been personally affected by the sanctions.

U.S. peer-to-peer payments technology company Circle, a USDC stablecoin issuer, likewise blocked addresses that have something to do with the Tornado Cash crypto-mixing service. This struck a blow for MarketDAO’s DAI coin.

The ShapeShift CEO advised MarketDAO members to convert USDC money to other stablecoins, which are preferable in the minds of regulators.

USDC’s cap dropped by more than a billion dollars, after Tornado Cash’s address was banned from Circle. Currently, the coin has a market cap of $52 billion, based on data from CoinGecko.

Unfortunately, the platform suffered from problems several months before the sanctions were imposed. In early summer 2022, a Netherlands-based financial crime regulator initiated a criminal case against Tornado Cash.

What the crypto industry can look forward to

It is possible that the sanctions that hit Tornado Cash will be the springboard for the entire DeFi space. This is what Chen Limin, CFO and Head of Trading Operations at ICB Fund, suggests.

He believes that from now on the destiny of Tornado Cash can pass to almost every protocol that does not have KYC/AML checks embedded in its code.

Such platforms often had a strong appeal to fraudsters, seeking to launder criminal funds and legitimize them. Until the sanctions, Tornado Cash was one of the safest and catchiest mixers that ran on the Ethereum blockchain.

As of now, most protocols require identity verification, which means that it will be impossible to deal anonymously with cryptocurrency on these platforms.

After all, why are governments keeping a close eye on cryptocurrencies and all that relates to them? In fact, the key answers lie in the amount of money that is circulating in the crypto industry.

Historically, crypto space was a kind of escape for destructionists who did not follow any rules. However, in 2021, the market capitalization of all cryptocurrencies was over a trillion dollars, which was naturally spotted by the authorities.

Everything points to the conclusion that cryptocurrencies in general will be regulated by the governments. You will use them as convenient and easy as traditional money, except you will always have to be ready to prove your identity in order to interact with digital assets. This is the way all sorts of restrictions began to be implemented and Tornado Cash got under the squeeze.

What the sanctions are

United States Department of Treasury added Tornado Cash to the SDN watchlist. SDN (The Specially Designated Nationals and Blocked Persons List) is the worst-case scenario out of the Treasury Department’s sanctions. This list usually includes terrorist organizations that pose a direct threat to the national security of the United States.

Once an organization or company is on the SDN, it will mean that U.S. individuals and businesses can no longer run business with the sanctioned entity. Otherwise, the penalties would be quite severe, up to imprisonment for 30 years.

Still, you can interpret this prohibition in different ways. More specifically, the official explanation states that it is forbidden to have any technical contact with the sanctioned person. Therefore, logging on to the Tornado Cash website is now considered to be a violation of U.S. law.

This is not the one and only attempt by U.S. regulators to attack crypto community. Last year, the founders of the such mixing services as Helix and Bitcoin Fog, were arrested. More than $300 million flowed through each of them by then. Later they were joined by the Blender.io developers. By means of the latter, hackers from North Korea were laundering illegal source of funds but the regulators found out about it.

Another obvious question arises: why exactly the Tornado Cash case caused such a wave of indignation from the crypto community, given that authorities threatened the crypto industry long before that? Here is an explanation: this is the first ever sanctions in the history of crypto, which affected not a person or a legal entity, but a smart contract.

In the case of Tornado Cash, it was the smart contracts that got sanctioned – and they are not anyone’s property, by the way. Smart contracts are a common tool used by any citizen, whether he or she is law-abiding or not. As a consequence of this judgment, Coin Center employees say that such restrictions, when applied to smart contracts, are essentially a violation of the constitution. In the meantime, they are gathering lawyers to voice their protest.

Interestingly, lawyers will have grounds for protest because in the U.S., software codes fall under the First Amendment of the Constitution. It is responsible for defending freedom of speech.

It is unclear what is to follow, and whether historical precedents for leading code away from First Amendment protections will be revisited.

What the future may hold for TORN

Tornado Cash’s TORN continues to weaken in value. According to data from CoinGecko on August 25, the price stood at $12, whereas at the time of writing, it costs $9. 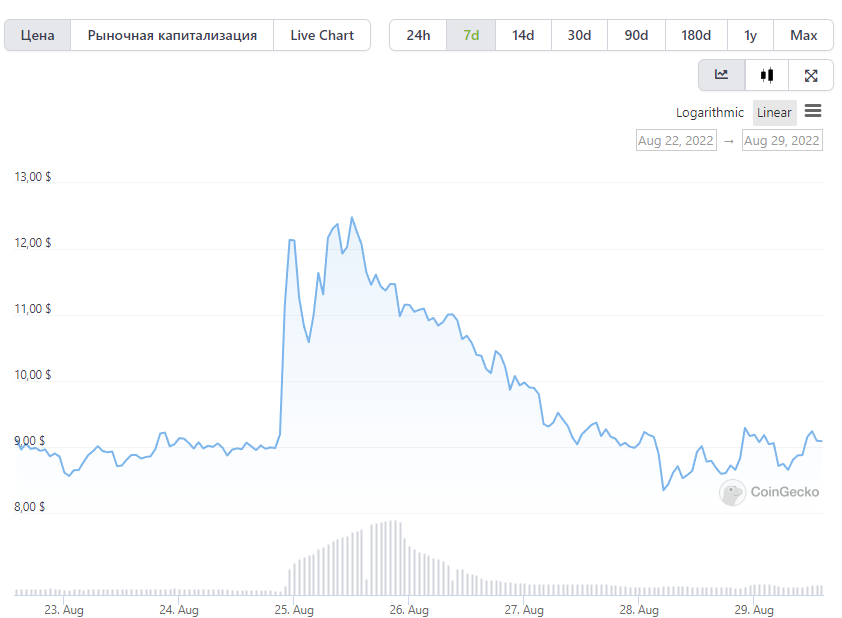 Despite the sharp decline of the coin price, it is still tradeable. Among the top crypto trading platforms TORN is paired with USDT and BUSD. If you can not for whatever reason do trading, for example, on Binance, then you can get help from a trading bot. You can configure its trading strategy, which will be used to initiate trades. Furthermore, it will become an indispensable assistant in trading. Bots are devoid of human emotions, that is why all transactions will take place strictly according to the prepared strategy.

TORN is the Tornado Cash’s native coin, as it was noted before. You can use it to vote on decisions concerning the development of the project. This token is ERC-20 and has a 10 million coin issuance.

How Tornado Cash will look in the coming years

The TORN cryptocurrency had a historical high of $436.16 in February 2021. For now, as mentioned above, its value is at $9. What is the outlook for Tornado Cash in the years to come and will the cryptocurrency survive?

Crypto tumbling (mixing) services remain extremely popular across the crypto community. Unfortunately, fraudsters are also very tempted to exploit them. Tornado Cash was one of their preferred targets, it was only a matter of time before regulators dealt with the privacy issue of the platform.

You should keep in mind that a place that is in demand will not stay empty for long. Instead of Tornado Cash will soon come their competitors, such as ETH-Mixer, or Monero. However, they may face the same tragedy. All one can do is wait and see when cryptocurrencies come under the wing of the regulators, because the preconditions for achieving this are very present.

Therefore, after a while, crypto will be on a par with traditional forms of money. Also, you can start trading them today. Given the fact that barely anyone knows how to interact with crypto exchanges, it is possible to use a bot designed for crypto exchanges. It could be great for trading digital assets.