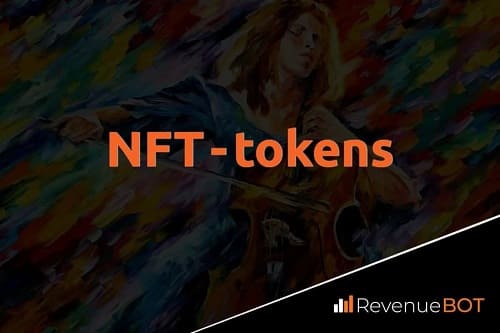 Although we mentioned in the title of the article that non-repairable tokens are a new vector of development, the first experiments with their introduction began in 2013. Today, NFT tokens sell intellectual rights to artwork, commemorative events, and other objects from ordinary life.

NFT tokens are used to secure intellectual rights over a real object: painting, audio recording, game objects, trade instruments, etc. It is clear from the token name that it is not interchangeable, that is, it cannot simply be exchanged for another NFT. Of course, if both sides have agreed on an exchange, it can be done. But if you take the same bitcoin, it’s interchangeable, exchange on the exchange can happen automatically.

In the case of NFT, the price of each token depends on the right to which object it represents. The more expensive this object is valued in real life, the more expensive the NFT token will be. Thus we get absolutely individual tokens, the cost of which cannot be the same.

You should also consider that you cannot create the same NFT token twice. The network simply cannot issue two identical coins of this type and it is not possible to copy them either. Inside each non-removable token are smart contracts that store information about the coin. Through smart contracts, the network distinguishes these tokens among itself.

At the beginning of the article we mentioned that the first experiments with the NFT token began in 2013. However, these were isolated incidents and were only widely used in the CryptoKittes game, which was released in November 2017. The idea of the game is to collect cards with kittens that can differ in breed, color, weight, age and other parameters. Each card has its own cost, depending on its rarity and uniqueness. It was in this game that NFT tokens gained their first local popularity and popularity. In 2019-2020, artists, poets, and other artists began selling their creations in the form of non replaceable tokens.

Summing up the history of the development of NFT tokens, I would like to say that they were originally created in the Ethereum network, in the form of the ERC-721 standard. Now it is possible to create a non-transferable token in the Tron network, the TRC-721 standard.

Although non-reciprocal tokens are just beginning to gain popularity in the crypto community, there are sites that help market these tokens. Not many, but NFT was not in demand before, so it’s only a matter of time.

OpenSea is currently the largest marketplace that implements NFT tags. On the site you can sell or buy tokens and ask for help in estimating NFT. On the platform there are more than 100 thousand lots of NFT tokens.

Rarible is a marketplace of NFT-tokens created by Russians. The project was released in 2018. The site is not much different from OpenSea, except for a couple of moments: the commission charged is 2.5% and it is held both in case of sale and in case of purchase.

There are other sites about which information is available online. Here we have told you about the most popular ones.

There is one platform that appeared in February 2021, NFTfi. The essence of the project is to provide loans against the collateral of non-repairable tokens. Apparently, the company decided not to wait for general recognition of NFT tokens and decided to launch the project immediately.

NFTfi is an intermediary that provides a platform where any NFT holder can place a token and specify the amount of credit they want. Further, the lender either agrees to the terms of the borrower or offers its loan amount and interest, as well as a term of 7, 30 or 90 days. When both parties reach consensus, the borrower receives a transfer and the NFT token is blocked at the site. Once the loan is repaid, the NFT token is returned to the owner. But if the loan is not repaid, the NFT token is taken by the lender, who can dispose of it or keep it. For its services NFTfi takes 5% of the interest earned by the creditor, in case of a smooth repayment of the loan.

Capitalization of the NFT sector now amounts to only $15 billion. By comparison, the same capitalization in one UNI token (Uniswap). Therefore, if you are interested in non-reciprocal tokens, now is the best time to study them, because the sector is developing with the same intensity as the DeFi segment did in 2020.