Skip to content
RevenueBOT.io > Blog > Cryptocurrency news > ETC/BUSD – What about this Pairs trade? 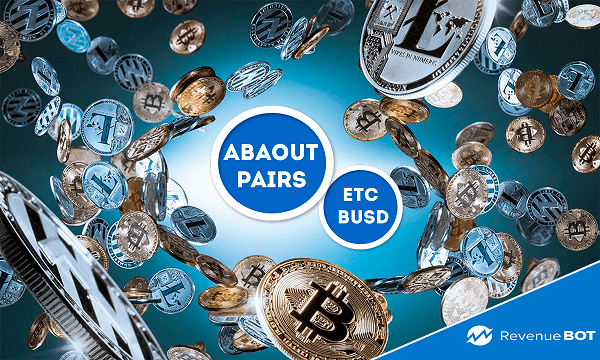 Insights on the ETC token

Ethereum Classic is a hardfork of Ethereum (ETH) token released in July 2016. Its major function is to be a network of smart contracts with the ability to host and support decentralized applications (dApps). It has a native token called ETC.

Since its launch, Ethereum Classic has strived to distinguish itself from Ethereum, and the technical roadmap of these two networks has drifted further and further apart over time. There was overwhelming support from the majority of Etherium users for the hardfork. The others were against it though, which is why developers kept using the old version and labeled it Ethereum Classic. The ETC blockchain is identical to that of Ethereum. It was created on block 192,000, undergoing a hardfork.

What Ethereum Classic is meant to do is preserve the Ethereum blockchain the way it was at its original point in time, without any invented DAO hacking resistance. It was eye-catching among those who disapproved of Ethereum’s response first, but since then, the legacy network has gained a broader fan base featuring prominent investors such as Barry Silbert, CEO of Grayscale investment firm.

While being a voluntary organization, there is no desire on the part of the ETC developers to turn the network into a commercial enterprise. Users pay transaction fees, as they do with Ethereum, whereas miners collect them based on operations performed according to the Proof-of-Work (PoW) algorithm.

Assuming that the bot traded on the LEVER/BUSD pair from from June 2 to August 2 2022, with the LONG algorithm, we get the following results: