Skip to content
RevenueBOT.io > Blog > Cryptocurrency news > Ripple: what is the future of the project? 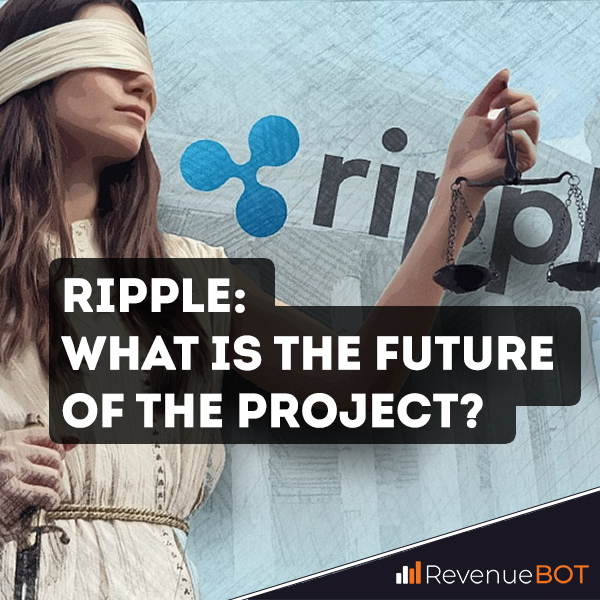 The year 2020 was not very enjoyable for everyone, waiting for its early end. By the end of the year, however, Ripple was the one company most affected. As it happens, the Securities and Exchange Commission (SEC) is suing the company. They allegedly sold securities disguised as XRP tokens for seven years. How Ripple did it, for so long, is not clear to anyone. But since the SEC is the US government regulator (whom most of the community’s crypto does not like), Ripple’s excuse will take a long time.

I suggest you figure out what’s going on.

How it all started

The company began its journey in 2004, but there was no talk of cryptocurrency. Ripple was then a payment system that focused on speeding up transactions. The company developed steadily until 2011. It was that year that the company radically changed the direction of development: there was a rebranding in Ripple Labs, introduced a decentralized network into the payment system and decided to focus on cooperation with the banking sector.

Ripple now had the following function: instant unlimited payments, with a minimum commission. That is, if a man from the United States wants to send money to a friend in China, he pays his dollars, and a friend in China gets convertible yuan. Of course, the project has found popularity in the banking sector with the cooperation of many of them. Currently, Ripple is working with 38 of the world’s 100 largest banks. His biggest partner is Mitsubishi UFJ Financial Group, with assets of $2.5 trillion.

SEC turned its attention to Ripple as early as 2015. Then, in fact, the company was accused of exactly the same thing as now – you don’t have a token, you have shares that are not registered. The company was fined $700,000, but that wasn’t the worst part. The situation is even more serious now, with allegations that Ripple Labs was able to raise $1.3 billion through the sale of unregistered securities. The amount is quite impressive, so there can be many problems from the entire court. The most surprising thing about this is the SEC’s position. There is no clear justification for why they consider the XRP token to be a stock. On one occasion, they made an interesting comment:

«Cryptocurrency cannot be used for interbank transfers, so XRP is not a token.»

The presence of blockchain in XRP, in which you can see that transactions are being conducted, which means it is token and it moves, the controller is absolutely not embarrassing. Ripple Labs immediately stated that they would not surrender and would argue their case in court. They are supported by some banks, which cooperate with them.

Why has Ripple lost its relevance?

Let’s just say the project does not close, has its own user and a large number of large banks in partners. But he’s clearly worse off than he was a couple of years ago. And the SWIFT payment system is to blame. As mentioned at the beginning of the article, Ripple’s idea was to provide prompt and cross-border payments. At the beginning of the project no one could compare with the functionality of the project, therefore the financial sector actively cooperated with the company. At the end of 2020, however, SWIFT launched cross-border instant payments. It would be nothing, but in the partners of the payment system about 11,000 of the largest financial agencies worldwide. Ripple also remains a good project with the desired idea, but only this crypto project. Now there is a similarity that the traditional financial sector provides. What is the probability that many financial companies will choose SWIFT to cooperate instead of Ripple? It is clear that the attitude towards cryptocurrencies has changed for the better over the past few years, but it is still not enough to compete with a company of this size.

Why are we talking about Ripple right now?

It is simple: today 22 February 2021, there will be the first hearing in this case. It will take place by teleconference, with both parties providing evidence in defence of their interests. The price of the XRP token since early morning leads quite chaotically: 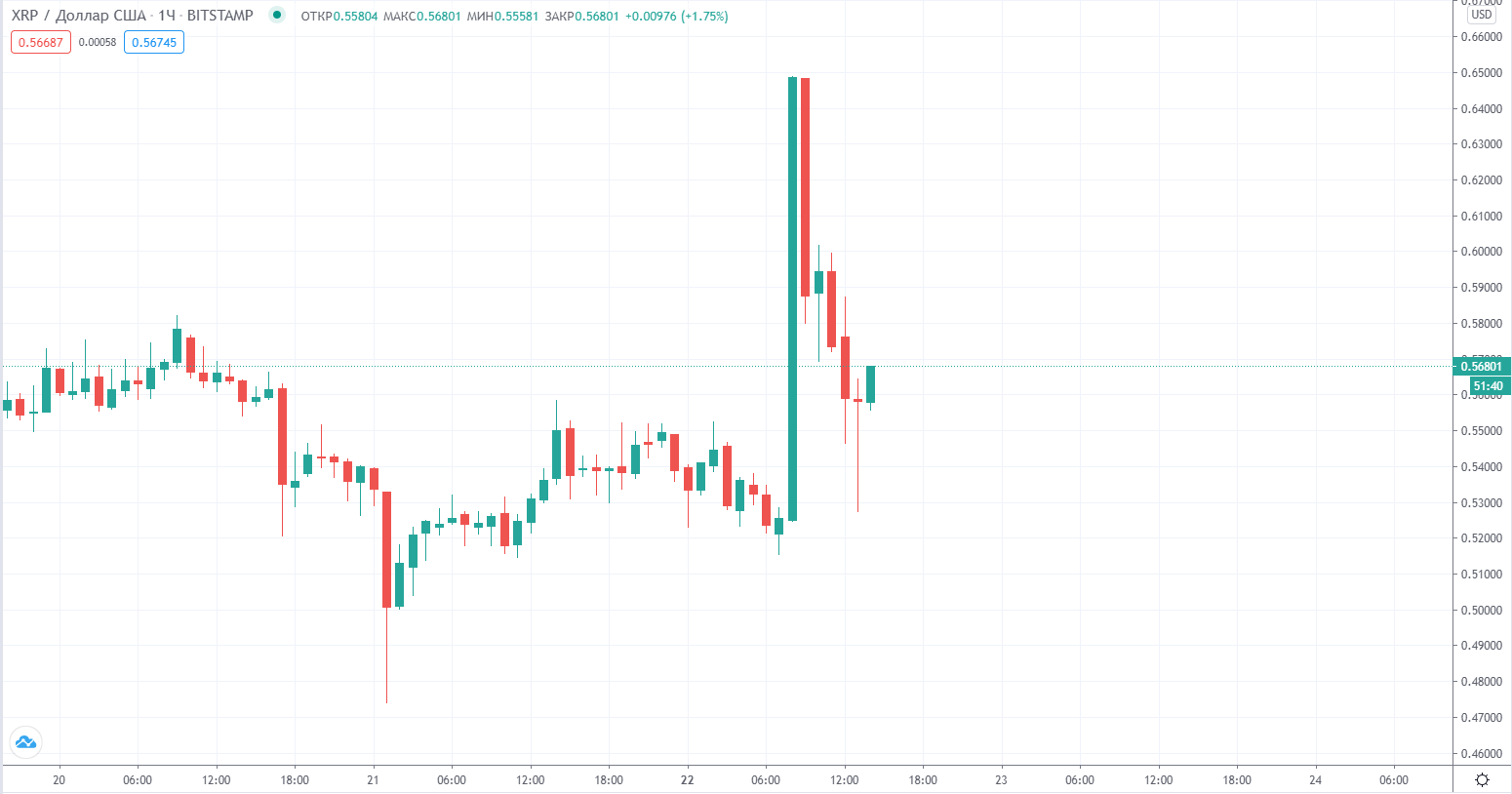 As we can see, the volatility is high, and this is before the trial. What will happen, during and after the trial? And if you want to make money on this event, you can use the trading bot from RevenueBot. Configure automatic flipping of the algorithm in a bot and it will take the right position on its own, depending on the market situation – long or short.